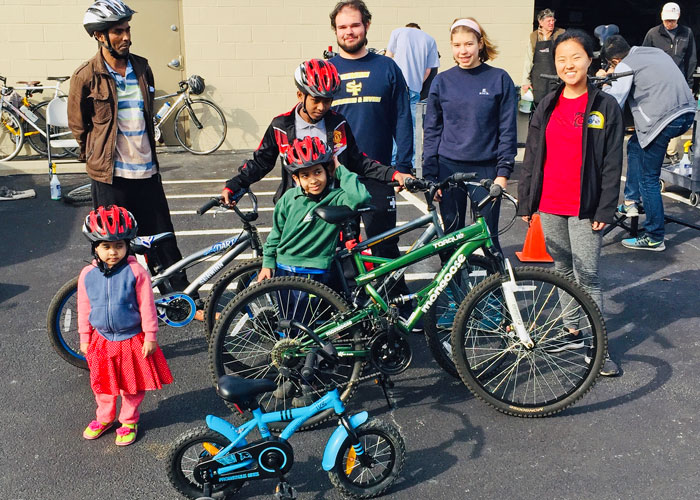 Members of a Rohingya family–refugees resettled in Houston–received bikes from Freewheels Houston on Jan. 25. The oldest son, 14-year-old Abdul, asked a case manager at Catholic Charities about bikes for him and his brother and sister, and then his dad decided he needed one as well. They are pictured with Rice Bikes volunteers. The family fled genocide in Myanmar and found refuge and protection in Houston—something President Trump and Gov. Abbott say we should reject. We won’t.