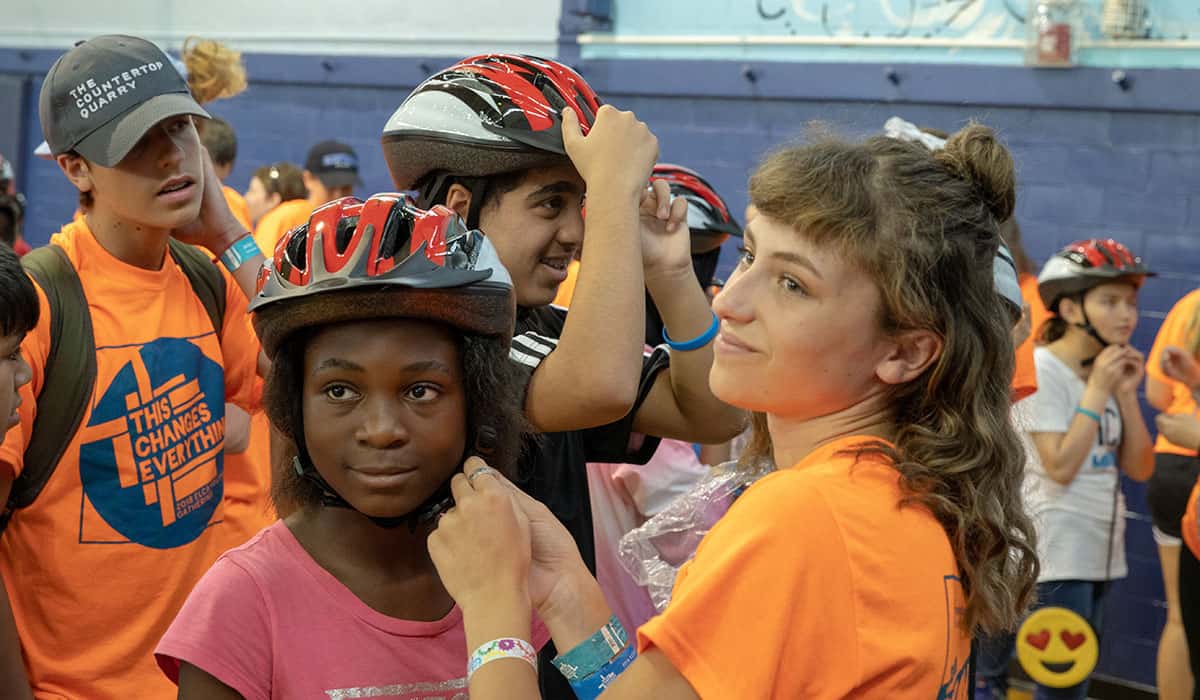 The campers also were entertained by five counselors from Lutherhill Camp and about 100 participants in the Evangelical Lutheran Church in America’s national youth gathering. Freewheels is a ministry of Christ the King Lutheran Church in Houston, drawing support from the congregation as well as volunteers from across Houston.

PAIR staff and the Lutherhill counselors led a prep session for the ELCA Youth Gathering participants to brief them about the refugees they would meet. The triennial gathering brought more than 30,000 high school students and their adult leaders to Houston for three days. All participants spent one of their days engaged in a service learning project.

Groups of 50 arrived at Jane Long Academy early each day. The came from Southern California, New Jersey and North Dakota.

At the end of camp, each of the refugee youth left with a new bike along with locks, lights and a helmet, new skills and memories of new friends.

The helmets were provided by Legacy Community Health through the Hard Hats for Little Heads program of the Texas Medical Association. Legacy’s Dr. Stephen Chao provided a helmet safety briefing. Locks and lights were acquired with the support of Bike Barn, and the bikes were acquired with funding provided by Freewheels Houston’s generous supporters.